Everything You Wanted to Know About Barcodes

There are many different barcode types, which are used for specialized purposes. Depending on your inventory barcode software needs, you will probably prefer one barcode over the rest for most of your transactions and to track inventory shipments. Barcodes that do not have any visible numbers are often referred to as symbologies. Here is a list of the various barcode types and what they are used for: 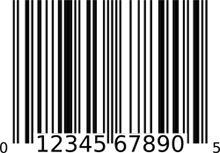 When people think of barcodes, UPC-A is usually the first one that comes to mind. It’s 12 digits long and is commonly used on food products, published materials and other consumer products. 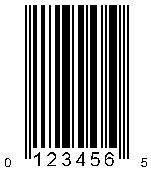 UPC-E is a smaller version of a UPC-A barcode. It is used on small products on which the full UPC-A can’t fit. It contains six digits.

EAN-13 is similar to the UPC-A, except that it has 13 digits, instead of 12. It was created by the International Article Numbering Association and is used in many countries.

RSS-14 is a symbology that is smaller than UPC-E and EAN-13. It’s used when those two UPCs won’t fit on a very small package.

A Code 39 symbology contains no digits. It is specifically for non-commercial entities, including the U.S. Defense Department and Health Industry Bar Code Council.

A Code 93 symbology is a compressed version of Code 39. Like Code 39, it contains many more identifying characters than UPCs, making it ideal for companies with a large number of products.

UCC-128/EAN-128 are Code 128 symbologies that contain a lot of information, like Code 39. They have become popular in the shipping industry.

Interleaved 2 of 5 symbologies are great for storing warehouse and industrial information.

PDF 417 is called a 2-dimensional barcode because instead of a reference number, it has detailed product information. It is used by some shipping companies.

Robert Lockard is a copywriter with Fishbowl. He writes for several blogs about inventory management, manufacturing, QuickBooks and small business. Fishbowl Inventory is the #1-requested inventory management software for QuickBooks users. Robert enjoys running, reading, writing, spending time with his wife and children, and watching movies. His favorite movies include Mr. Smith Goes to Washington, Fiddler on the Roof, Back to the Future and Lawrence of Arabia.
View all posts by Robert Lockard →
This entry was posted in Inventory Barcode Software and tagged Barcode Scanners, Barcode Software, Barcodes, Inventory Management, Inventory Tracking Software, Product Shipping. Bookmark the permalink.

1 Response to Everything You Wanted to Know About Barcodes