Are you ready for some good news? Despite concerns about government spending, a possible European recession, and stagnating consumer wages, U.S. manufacturing grew for the third month in a row in February 2013. And it doesn’t show any signs of slowing. 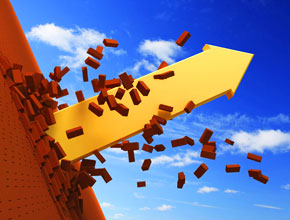 Rising international trade and orders from American businesses led to a jump in the Institute for Supply Management’s gauge of the manufacturing industry’s health from 53.3 in January to 54.2 in February, according to a recent Wall Street Journal article. Some had predicted a slight drop in the rate to somewhere in the 52s, which would still have been in positive territory. Anything above 50 means manufacturing is increasing and anything below 50 means it is decreasing.

Manufacturing broke its long-running growth streak in 2012 when the economic recovery started to look tenuous, but in the past few months it has started to revive. Manufacturers in China, Italy, and Britain, on the other hand, have cut production in recent months.

It’s uncertain if these are long-term trends, since countries’ economies continue to fluctuate, plus the fact that manufacturing is fairly dependent on other industries’ needs.

Whether manufacturing continues to rise or starts to drop off, you can be prepared for either eventuality by using manufacturing inventory software. This software helps manufacturers cut waste, optimize their production capabilities, manage inventory levels, and do many other things that reduce costs and improve their competitiveness.

Robert Lockard is a copywriter with Fishbowl. He writes for several blogs about inventory management, manufacturing, QuickBooks and small business. Fishbowl Inventory is the #1-requested inventory management software for QuickBooks users. Robert enjoys running, reading, writing, spending time with his wife and children, and watching movies. His favorite movies include Mr. Smith Goes to Washington, Fiddler on the Roof, Back to the Future and Lawrence of Arabia.
View all posts by Robert Lockard →
This entry was posted in Manufacturing Inventory Software, News and tagged Good News, international, Manufacturers, manufacturing, News. Bookmark the permalink.