Why Illinois Manufacturers Are Optimistic About the Economy

Posted on November 2, 2011 by Robert Lockard

Illinois manufacturers have several reasons to be upbeat about the economy. They are healthier and more likely to grow in the near future than ones in most other states. While there are certainly some concerns about the future, Illinois manufacturers are, for the most part, optimistic about their ability to make it through any challenges.

Above the National Average

Here are the nitty-gritty details. A recent study by a company called RSM McGladrey Inc. found that: 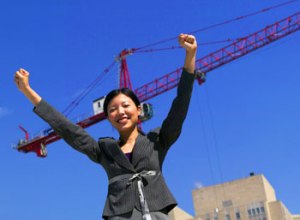 Manufacturers nationwide are getting more worried about the economy. Sixty percent of them said they’re pessimistic about what will happen in the future, which is a big increase from 38 percent just six months ago.

The reason why so many manufacturers are pessimistic isn’t so much because of what’s happening right now, but because of what might happen soon. Their top concerns are weakening demand, increasing inflation, and new government regulations. All of these things are out of their hands, and this feeling of powerlessness could cause problems down the road.

How to Be Optimistic

To combat these concerns, manufacturers can use Fishbowl’s manufacturing inventory software to keep costs down and plan for the future. With Fishbowl Manufacturing, you can keep track of changes in customers’ buying habits, find ways to cut expenses, and optimize inventory levels. No matter which state you’re in, you can be more optimistic about your chances of success when you use the right tools.

Robert Lockard is a copywriter with Fishbowl. He writes for several blogs about inventory management, manufacturing, QuickBooks and small business. Fishbowl Inventory is the #1-requested inventory management software for QuickBooks users. Robert enjoys running, reading, writing, spending time with his wife and children, and watching movies. His favorite movies include Mr. Smith Goes to Washington, Fiddler on the Roof, Back to the Future and Lawrence of Arabia.
View all posts by Robert Lockard →
This entry was posted in Manufacturing Inventory Software, News and tagged Cost Cutting, demand, Good News, illinois, inflation, Manufacturers, Manufacturing Inventory Software, News, Report, Survey. Bookmark the permalink.